What Happened at Camp! 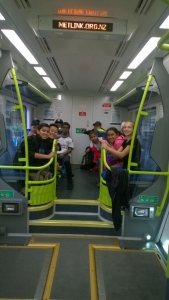 We were heading to camp, my class and I on a Metlink train  to Paraparaumu. I watched trees go by as we went  past  forests in the countryside and tried to get some sleep. When we got there we trekked along a long road for half an hour  before arriving at Palm Grove Christian Camp where we would spend the next few days. 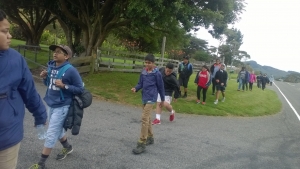 After  we arrived at camp we went into  the eating hall  and ate our lunch while Brandon,  one of the people who lives at the camp,  gave us a safety talk. When it was finished,  we put  our things  into our cabins. Since it was raining we were put into pairs, given some materials and marbles and told to make a marble course that went down and then catapulted  the marble into a plastic box. After, we were told to make rafts. I got paired up with one of my best friends, Kirk (or Ulric)  had a good idea, then lost it, so we ended up with a sort of waka and miraculously, it floated! 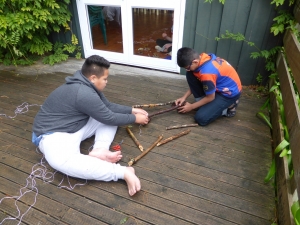 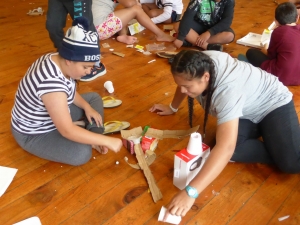 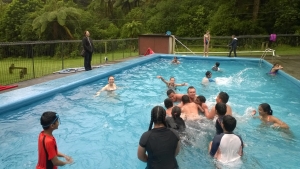 The first night only about nine people actually wanted to go to sleep the rest were running around, talking, banging on the walls. Mrs Barber got very annoyed and started to assign people  to toilet duty, this quieted them down. And finally we were able to go to sleep. 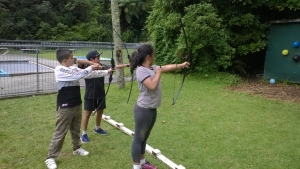 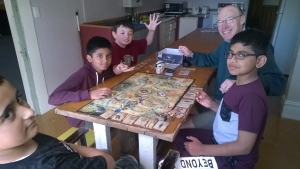 In the morning we got up and went to breakfast. After, we tidied up or rooms and did aerobics. In one of the songs I danced as the background people it was really funny. Then we got assigned to our groups and headed out to our activities. My group was me, Enesi, Josiah, Lavender and Kirk, we did the confidence course, we scaled one side of the hill blindfolded with our partner to guide us. On the way back Kirk slipped and broke his arm, it was very bad. We headed down to the hall to rest and sling his arm. Steve sent me, Enesi and Lavender to look for Mrs Youngs and Mrs Barber . We found Mrs Youngs, after a while the rotation ended and we headed out to archery leaving Ulric in the care of Mrs Youngs and Mrs Barber, who arrived as we left.

During archery I got two balloons with one arrow, after which I checked on Ulric, he was good. Then we went out onto the field and did relays, for balloon relays lots of balloons popped before we even started, including mine. Then we had the water relay, my team won! After that  the alligator walk which no-one really won. When we finished Ulric’s parents came and picked him up from camp. Then my group which now amounted to four kids instead of five went on the rope course where we did many of the obstacles. After we had afternoon tea and freetime, followed by a soccer game during which Mrs Young’s fiancée helped. Then dinner and a campfire song time which was quite uncomfortable as we got bit by mozzies a lot. The we watched a movie called The Series Of Unfortunate Events. After we went to sleep and no-one walked around at all, hip, hurray! 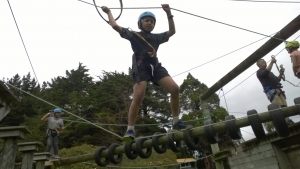 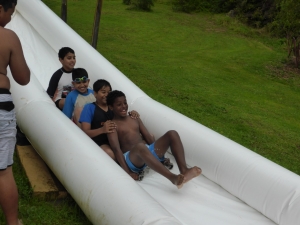 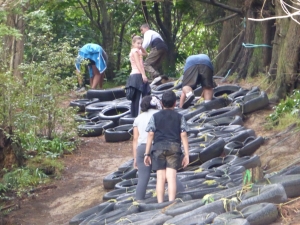 I woke up, it was the last day, we had breakfast, tidied up, packed the cars and did aerobics. Then we did a lolly game. After this we thanked everyone and ate a lunch prepared by the owners of the camp. Finally we walked to the train station and went home. 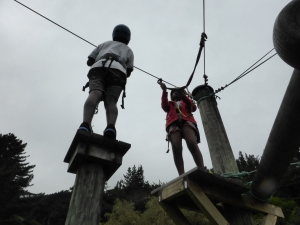 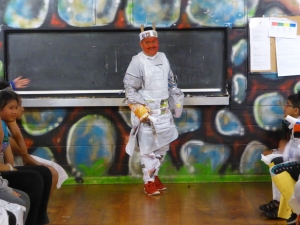 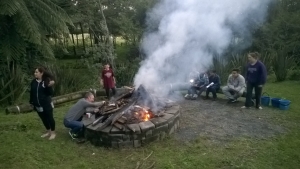 I think it was really fun at camp, although the incident with Kirk wasn’t so good but he was well cared for by friends and teachers. I didn’t want it to end and will remember these exciting experiences forever, especially toasting marshmallows over the fire!

About the Author: Mrs Barber